Wednesday, January 27
You are at:Home»State»Delhi» 267 Isolaton coaches stationed at ANVT to be used as quarantine facility
0Shares
0

Rahul Sharma
New Delhi: General Manager Northern & North Central Railways, Sh. Rajiv Chaudhry visited Anand Vihar T. today, where 267 Railway coaches converted to Isolation wards for Covid-19 patients have been placed.  Sh. Chaudhry went around the premises and inspected the rakes. He was apprised about the work being done by Divisional Railway manager Sh. S.C. Jain and his team of officers. He expressed satisfaction on the efforts made by Northern Railway to serve the society and the Nation in these difficult times.

He later interacted with the Media persons present there and briefed them that Railways has created a mobile health care system. There are about 8050 beds available in the form of 503 isolation coaches placed at 9 stations in Delhi Area. As the Covid-19 cases are rising in Delhi, the state Government intends to use them as quarantine centers for keeping patients with mild symptoms. At present the covid care centre set up by Northern Railway at Shakurbasti Railway Station is fully functional. The state government has attached the facility to Bhagwan Mahavir Hospital, Pitampura, which has admitted 23 patients there.

The Ministry of Railways is working in coordination with the state govt to set-up these quarantine centres. The health care aspect is being taken care off by the Delhi govt. The Railways is looking after the basic infrastructure and maintenance of the premises that incudes cleaning and sanitization of platforms, housekeeping (Linen & blankets), management of Bio-toilets, power and electric supply, watering and communication. Oxygen cylinders have been provided in each coach.

Catering is also being done by the Railways. The patients are being provided hot nutritious wholesome meals 3 times a day, with tea being served in the mornings and evenings. He concluded by saying that Indian Railways will put in all efforts for the people of India to overcome this global pandemic. 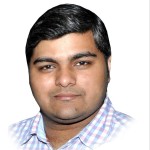